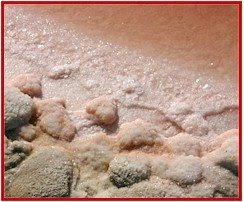 Unrefined ocean salt is NaCl 98% plus over 80 trace elements.Pure NaCl ( table salt) is 99.9% "pure" a chemical as clean as heroin.Many cultures have acquired a taste for salt that borders on addiction.The average American eats 2,900 mgs to 4,300 mgs of sodium daily ( the recommended WHO dosage is 2,300 mgs ) thanks and no thanks to restaurant and processed food , snacks and other on-the-go foods . Half of Europe ( and most of Latin America ) consumes fluoridated salt which does just as lethal a damage as the former.
Almost 94% of salt produced goes to Industrial Users and only about 6% is channelled to food use.Salt has to be refined to remove impurities but when the process is over, most 80 of the trace elements are also taken out , leaving only sodium and chloride which suit Industrial Users . To what's left of the original salt content , aluminium hydroxide and aluminium silicate are added to bleach and prevent water absorption ( more than 40 additives are commonly used ) . Refined table salt that we consume makes it difficult for our bodies to absorb and process. Deposits of this salt build up in the joints of our bones , walls of veins , arteries , lymph system ducts , brain , urinary tract , sexual organs and glandular systems. This may eventually lead to loss of function and impairment of bodily vitality.
Posted by S.C.A.Rao at 7:02:00 PM No comments: