From the crib to the tombstones we are ticked off against the everpresent yardstick of 'average'; being like everybody else..

Everybody around us wields the hammers of making us average.From  family to extended kith and kin and out in the marketplace the forces forging averageism are invisible but breathing and beating us into compliance and submission.

These 'factories' work more silently than the night in making sure we are like everybody else.You can spend all your life in this twilight zone and not be knowing what's happened all these whiles or years at all to your life as far as going places in life's concerned.

Take for example skill training . The old idea of artisanship training by a master of an apprentice has been replaced by say about 25 people placed in line to operate machines to put out a product.

Talent is relegated , ignored and real born-with skills get buried by disuse and having been put away.

Going from being ‘average’ to ‘outstanding’ requires taking risks and making bold moves . That's the only cure against the scourge of averageism.

The Personal Touch To Building Your Business

Starting an online business without the radius constraints of a brick-and-mortar business , your business being open 24/7 to a marketplace without boundaries catches the fascination of many a solopreneur. But building a thriving audience or scaling your business isn't something that's gonna fall out of the sky. MARKETING your service or product requires being a beaver.

Beavers are workaholic small animals that build canals,lodges and dams. They don't much bother biting cold ; they're active all through winter to maintain use of their ponds.While Man's activities have interfered or destroyed watershed levels and habitats for other animals BUT beavers B-U-I-L-D , going the other way.

They engineer the way water flows through landscape.The work that they put their little shoulders to,also keeps erosion at bay,so plants can survive.Their unsung labors allow for local aquifers to recharge thus preserving the ecosystem for mankind.

Why One Man Feels You Should Be A Beaver 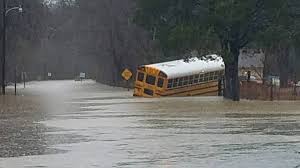 What if your life gets hit by floodwaters of a different kind ?

This is not that tide that lifts all the other boats up.

We all know floodwaters inundate , drown almost everything and destroy the space they are in command of.

What if the economy misbehaves or the company you have come to worship and trust in , tumbles ? What if family problems rip you up?

We must build dikes of courage to hold back the flood of fear.
Martin Luther King, Jr.said.

And so a bit of rolling up the sleeves and thinking of the family's future is more in order today than ever .

Are You Doing Enough With Your Cash Pots ?

We are all getting older by the day. There'll come a time

when we'll keel over into old age.

Longevity comes with many challenges - not least to have the financial nest to hammock through those later years. You'll need deep pockets to live independent of anyone or independently. Even if you're saving , could that pot be impaled by rising costs and volatile economic winds ?

Though you're doing the right things right now yet in the boxing rings of life it's never wrong to save up on stamina for that fatal knockout punch. Now is the time to put on those boxing gloves .

Deal with it before it slowly asphyxiates your life - the life you ought rather live than what you are you doing now.

Stress affects all of us but particularly those with low incomes and financially marginalised.

It burrows towards those who ' missed out ' on a headstart or tooling up on one in life. It smites those who have hung up their boxing gloves in reinventing their rainmaking. It can hardwire itself into your thought circuitry and take you to the gutters.

One way to destroy it's coup d'etart over your life is to be armed for a fight . Here's one tool you can use but as you ponder over it remember Oscar Wilde's words :
' Be yourself;everyone else is already taken ! '

In South East Asian folklore the mousedeer is considered something of a genius. One bright morning , pangs of hunger rushed him to search for something to bite into or chew upon. As he searched for small fruits , even tender grass , to his

dismay , what looked green and nice from a distance away ,were old stubs , punched up shoots. As he looked up, yonder, but across a river, shrubs and grass danced and waved into his hungry eyes. He might just find someplace to wade across the river and sit down for a feast he thought. But as he neared the river, alas, it was teeming with crocs of all things ! Oh gosh , what now ? Then a lightning of an idea hit him.


He called out to the crocodiles in the river and said : 'The king of the jungle asked me to do a census of the animals in this jungle. And that includes you too , brothers and sisters ,' said mouse deer .'Tell me , how many of you are in there , in this stretch of water ?', asked the mousedeer . 'We don't really know ,' said one of them . 'Well then,' said the mouse deer,'why don't you line up , while I do the count? His majesty ,the king will not be happy if I gave him a wrong figure.' 'That's fine,' said the leader of the crocs.And so they dutifully fell into a line all the way to the other bank of the river.

The crocs smelt that they had been had. Then thunder hit their anger. They gnashed and ground their jaws in fury till their teeth fell off as dust . Not satiated, they raged the river dry and turned it into miles of mud. Mousedeer meanwhile sat down to days of meals , warm times and sunshines ..... !

Your Fashion Sense Can Make Or Break You !

Image is everything today! Fashion sense of yesterdays
generations have taken a beating , a severe one,in the marketplace. If your job requires you to be in the public eye you'll need to dress up or dress the part. The wrong attire will set you up for mocking.But it isn't just about duplicating someone.It's about
how you look best in your own colours and style - in other words being you , yourself.So before you rush into a new  wardrobe ask yourself what makes you look your best.The secret is pick out some fundamentals - from an era [ the 80s for e.g.] ,from a line of fabrics [linens...],from a culture[ Italian...].Dressing better improves your image. And image leads to sales and sales bring on cash flow. It's ,at the end of the day , a part of your personal branding.Your look is incomplete without the right clothes.Dress like you're worth millions.Settling for a dull look was a choice you took or made.Don't treat dressing as an afterthought!
The fact is dressing can make or break your success.